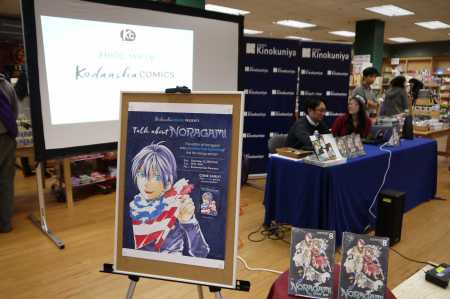 On December 12 Kodansha Comics hosted an event for our hit manga series Noragami:Stray God at Kinokuniya Bookstore in San Francisco. Yohei Takami, an editor at Monthly Shonen Magazine in Japan and the editor of Noragami, was the guest speaker. Takami-san provided a rare step-by-step look into the process of how artist and editor work together to make manga. 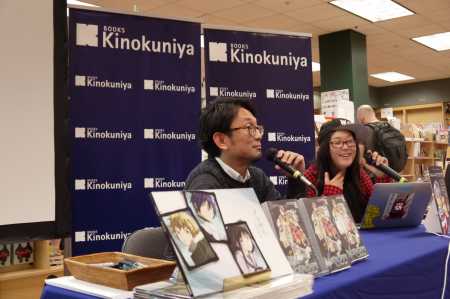 Noragami is about a homeless god named Yato, who doesn’t have a shrine or worshippers. It’s his business to help those in need, for a small fee. But in reality he's only good at one thing––slaying what’s in front of him. 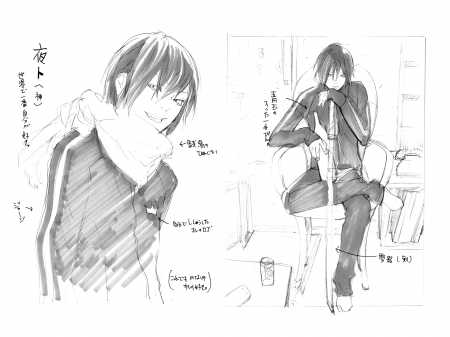 Every god owns a shinki, regalia used as weapon or tools. A shinki is made from the spirit of humans who passed away. Without a shinki, a god like Yato is practically powerless. This story begins when Yato meets his new shinki, Yukine. 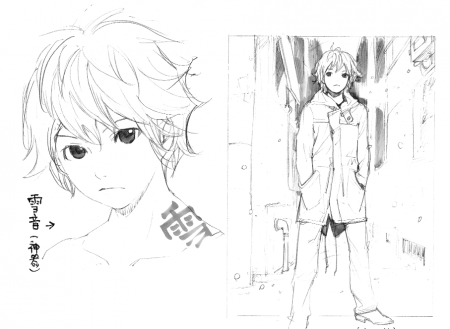 For a god to exist, there has to be a worshipper. That's when Hiyori comes into the picture. Hiyori is the only human who believes in Yato. She constantly bugs Yato to fix her problem with "going out of body” from time to time. 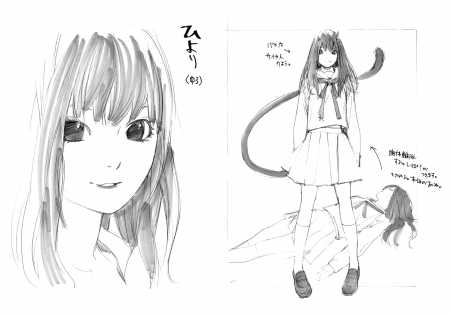 My first impression of Noragami was just WOW! I’ve never seen a god in a tracksuit. [laughs]

The artist and I spent a lot of time looking at these images of the characters. Then I asked a lot questions like, how do they talk? Where do they sleep? What’s their favorite food? And so on. This process helps loosen up the imagination, to get as many ideas and details out of our heads as we can. These ultimately become the powerful engine that drives the story. It’s important to go through this process before the manga starts. Because once it starts serialization, there’s no turning back and rebuilding a better engine.

[Note: in manga editorial parlance, the first panel-by-panel rough drafts are called the “name.”] At this stage, what was loose, formless ideas start to take shape in the form of manga. An editor reads through it to see if it makes sense. I look for things like if the phrases in the speech bubbles make any sense, if a panel should be omitted for pacing, or if explanation needs to be added. 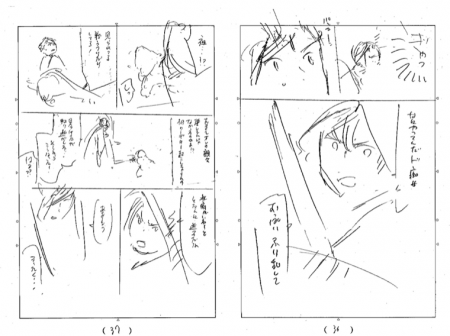 By this stage, an editor doesn’t push back on the concept or story. Instead we focus on converting the handwritten text to actual typeset. For example, in this scene, Yato says to Bishamonten, "What are you doing shaking your boobs?" [laughs] So I asked to make the font bigger and bolded. 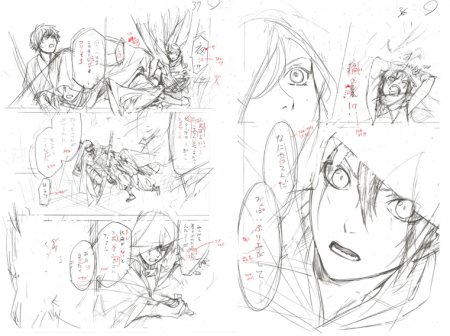 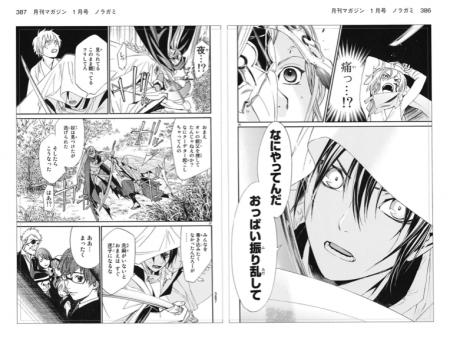 At first I thought Adachitoka-sensei was a bit of a bumpkin. [laughs] But we’ve been together since our rookie years, and we got to know each other really well through working together. We’re close in age too, so we’re like friends.

Want to learn more about the artist, Adachitoka? Check out the Noragami Manga Interview!

Special thanks to Yohei Takami for sharing his behind-the-scenes stories of making manga and Kinokuniya Bookstore San Francisco for hosting this event!